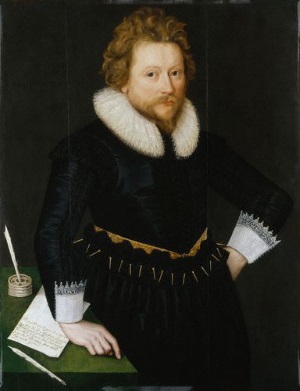 John Fletcher was the son of the bishop of London and a cousin of the writers Phineas and Giles Fletcher the Younger. He was educated at Cambridge, whereafter he lived in London.

He collaborated with Francis Beaumont in the writing of some eight “comedy of manners” plays, which were highly popular in their day. After Beaumont's death he also collaborated with other playwrights including Shakespeare, and wrote some plays alone, although today exact attribution of all the works with which he was connected is difficult. He is considered to have written The Faithful Shepherdess himself, and also Rule a Wife and Have a Wife, but generally his best known works were collaborative.

Such was the contemporary popularity of Beaumont and Fletcher that they ousted Shakespeare as the leading dramatists for the King's Men theatre company in Blackfriars.