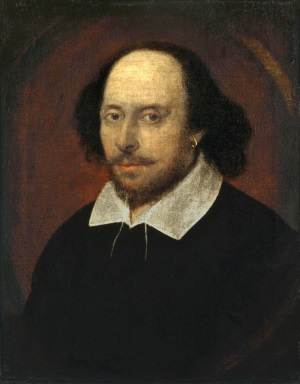 William Shakespeare was born in Stratford-upon-Avon, the son of a glove maker. He was educated at the local grammar school and married Anne Hathaway in 1582.

Although surprisingly little is known of Shakespeare's early career, it is generally believed that he worked initially as an actor and graduated to writing plays. He produced, on average, two a year, many of which are classics of English literature, and is indisputibly England's, if not the world's, greatest playwright, with an unrivalled gift of language and expression.

He began writing poetry early in his career and the Sonnets, works of great emotional depth and beauty, were probably completed by 1600. Shakespeare retired to Stratford in 1610 where he died in the Spring of 1616.

Spring and Winter (i)

Under the Greenwood Tree

It was a Lover and his Lass

Take, O take those Lips away

The Phoenix and the Turtle