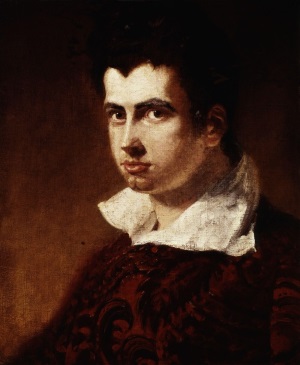 James Leigh Hunt was born at Southgate, Middlesex and was educated at Christ's Hospital School.

He started his literary career as a theatre critic and from 1808, in conjunction with his brother, John, edited The Examiner. The pair were imprisoned in 1813 for criticism of the Prince Regent (the future George IV) and during their confinement continued to edit the publication whilst receiving visits from several prominent literary figures. Leigh Hunt was responsible for the meeting of Shelley and Keats and for the publication of their works in The Examiner.

In 1822 he joined Byron and Shelley in Italy to help set up a radical periodical, The Liberal, but this fizzled out with the death of Shelley and the departure of Byron for Greece. He returned to England to continue his editorial work through various periodicals (The Indicator, The Companion, Tatler, and Leigh Hunt's London Journal).

Although primarily a journalist and critic, Hunt also wrote some popular short poems, of which Jenny kiss'd me, Abou Ben Adhem, and The Fish, the Man, and the Spirit are the best known. He was awarded a civil list pension in 1847 and published his autobiography in 1850.