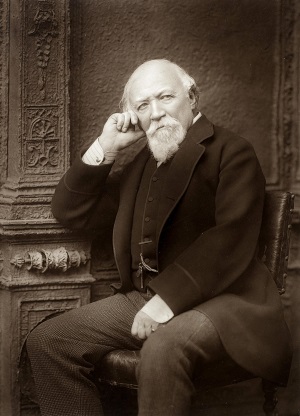 Robert Browning was born in Camberwell, London, the son of a well-educated bank clerk. He was taught privately by his father but also studied for two terms at London University.

He wrote poetry from an early age and was strongly influenced by the Romantic poets, particularly Shelley, and by historical events. In 1846 he secretly married Elizabeth Barrett, with whom he had started an enthusiastic literary correspondence two years earlier and they eloped to Florence. Browning returned to England following her death in 1861.

Browning was much fêted in his latter years and would almost certainly have become Poet Laureate but for Tennyson's 42 year tenure. He was a clever lyricist with an insightful, lively style and many of his works such as The Pied Piper of Hamelin, Home Thoughts, from Abroad, and The Lost Leader are still highly popular today.

The Pied Piper of Hamelin

Home Thoughts, from the Sea

How they Brought the Good News from Ghent to Aix

You'll love Me yet

The Last Ride together