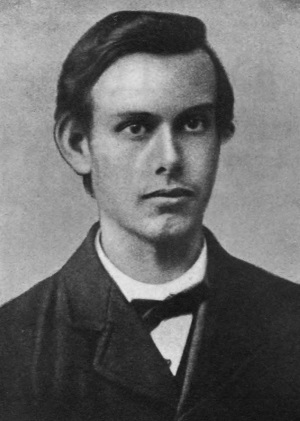 Francis Thompson was born in Preston, Lancashire. He studied medicine at Owens College (now Manchester University) but failed his examinations.

In 1885 he came to London, where he rapidly descended into opium addiction, poverty, and ill-health. He was rescued from destitution by Alice and Wilfrid Meynell, the editor of Merry England, who, recognising his literary talent, helped him to rehabilitate himself and encouraged his writing. This led to a productive period between 1893 and 1897, when three volumes of his poems were published. He relapsed into opium addiction, however, and died of tuberculosis in 1907.

Thompson's themes are an unusual blend of God, nature, and love and his poetry has a romantic, wistful, ethereal quality.