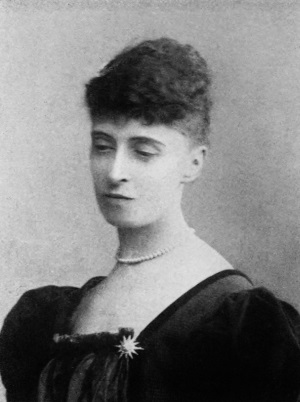 Alice Meynell was born in Barnes of wealthy parents and was educated privately by her father. She spent much of her early life in Italy and converted to Catholicism on reaching her majority.

She married Wilfrid Meynell in 1877, working with him on his periodical, Merry England, and assisting him with the rescue of Francis Thompson from poverty and opium addiction.

In addition to writing numerous poems and critical essays, Alice Meynell was one of the leading literary figures of her era, editing anthologies and opening her home for literary gatherings. She was twice nominated as Poet Laureate. Her poems, most of which are fairly short, display a purity and sensitivity reflecting her strong religious beliefs.

Sonnet—My heart shall be thy garden

Song of the Spring to the Summer

To the Beloved Dead—A Lament

A Letter from a Girl to her Own Old Age

Song of the Day to the Night

To a Lost Melody

The Poet to His Childhood

Sonnet—Spring on the Alban Hills

Song of the Night at Daybreak

Sonnet—To One Poem in a Silent Time

The Poet Sings to her Poet

The Lady of the Lambs

The Slender Tree - a Life of Alice Meynell
June Badeni