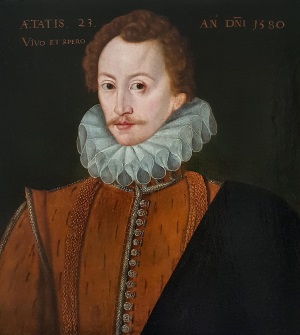 George Peele was born in London and was educated at Christ's Hospital and Oxford.

He appears to have been a somewhat dissolute character whose latter years were spent in poverty. He was a popular and prolific writer, however, who wrote verse, plays, and pageants and may have acted in some of them.

His first play, The Arraignment of Paris (1584) was performed for Queen Elizabeth I. Other plays which followed were The Battle of Alcazar (1589), King Edward the First (1593), The Love of David and Fair Bathsheba (1594). His masterpiece, however, is generally regarded to be The Old Wives' Tale (1595), a romantic satire full of wit and attractive lyrics.

His poetry includes Polyhymnia (1590), The Honour of the Garter (1593) and Anglorum Feriae (1595), poems which were probably recited to the sovereign at court.

A Farewell to Arms

The Plays of Christopher Marlowe and George Peele: Rhetoric and Renaissance Sensibility
Brian B. Ritchie