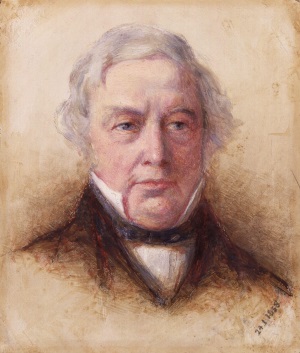 Thomas Love Peacock was born at Weymouth, Dorset, and grew up in Chertsey, Surrey after his father's early death. He was educated privately after the age of thirteen and did not take paid employment until his mid-thirties when he worked as an official in the East India Company, retiring as their Examiner in 1856.

He became a friend of Shelley in his late twenties and they enjoyed a literary relationship of mutual influence. He married in 1820 and had three daughters, whom he outlived. His novels are largely satirical with unusual social, political, and romantic themes. His poetry is mostly lyrical and also reflects his satirical, radical nature.

The Grave of Love