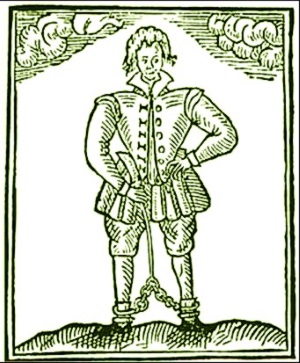 Thomas Nashe was born at Lowestoft and was educated at St. John's College, Cambridge.

After visiting France and Italy he settled in London where he joined a literary circle which included Robert Greene. He wrote several pamphlets attacking Puritanism under the pseudonym Pasquil, and the vitriol in his now lost comedy The Isle of Dogs resulted in a brief spell of imprisonment on the orders of The Privy Council.

Nashe's linguistic ability, originality, and ascetic wit is at its most typical in Summer's Last Will and Testament (1592) and Lenten Stuffe, a ridiculous panegyric of a red herring. The Unfortunate Traveller, a picaresque novel describing the exciting adventures of an English page on the Continent, is the first in a new genre.

In Time of Pestilence