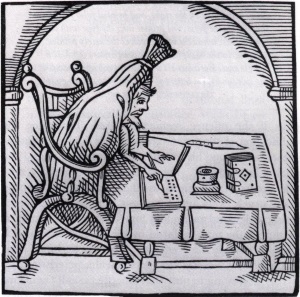 Robert Greene was born in Norwich and was educated at Cambridge.

He got married in 1585 but left his wife soon afterwards to lead a bohemian life in London. Thus he was well-placed to write about London street life which he did in pamphlets such as The Art of Conny-Catching (1591 & 1592), which describes the various methods employed by confidence tricksters. In his A Groatworth of Wit, Bought with a Million of Repentance (1592) he famously refers to Shakespeare as "an upstart crow, beautified with our feathers".

He wrote prolifically, mainly to finance his lifestyle, producing pamphlets, romances, and five plays, the best of which is generally considered to be Friar Bacon and Friar Bungay. The romances Menaphon (1589), Pandosto, or Dorastus and Fawnia (1588), and Philomela contain his best poetry, in particular Sephestia's Lullaby.