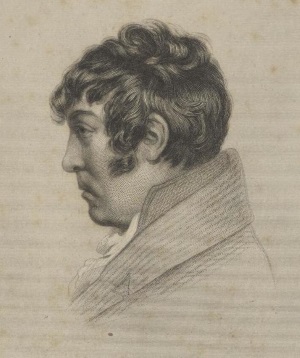 Walter Savage Landor was born at Ipsley Court and was the son of a doctor. He was educated at Rugby and at Trinity College, Oxford, from which he was sent down in 1794.

In 1811 he married Julia Thuillier and three years later moved to Italy, where he lived for some 20 years. After separating from his wife he returned to England and lived in Bath from 1838 to 1858 but spent his last few years in Florence, moving there after a libel action arising from one of his works.

A distinguished prose writer, Landor wrote poetry throughout his life, his first work Gebit being published in 1798. Count Julian, a tragedy, was published in 1812 and the Hellenics in 1846/47. He also wrote numerous shorter poems, the most celebrated of which are Ianthe, Dirce, Rose Aylmer, Mother, I cannot mind my wheel, and The Maid's Lament.

Cursed throughout his life with an irascible, contentious nature, Landor's poetry contains much passion and nostalgia, perhaps a reflection of his own personal regrets. His work was much admired by Robert Browning who helped him in his latter years.

Mother, I cannot mind my Wheel

Landor: A Biography of Walter Savage Landor (1775-1864) Together with Selections from His Poetry and Prose
Jean Field