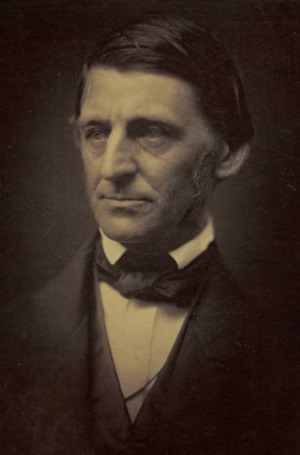 Ralph Waldo Emerson was born in Boston, the son of a minister. After studying at Harvard he was himself ordained as a minister of the First Unitarian Church in 1829 but resigned three years later, finding its dogma too restrictive.

Following the death of his first wife, he travelled to Europe, where he met Coleridge, Wordsworth, and Carlyle. On his return to America he lectured on a broad range of academic subjects and in 1835 remarried and moved to Concord, Massachusetts.

In 1836 he published his first work, an essay entitled Nature, in which he expounded his philosophy of transcendentalism, whose fundamental tenet was that a person's own spiritual experience was more important than orthodox religion. He became editor of the movement's quarterly publication, The Dial, in which his first poems, The Problem, Wood-Notes, The Sphinx, and Fate appeared. His first collection of verse, Poems, was published in 1847, after which he again visited England on a lecture tour. He was also a committed abolitionist. He was made a Doctor of Law by Harvard in 1866, the university previously having banned him in 1838 because of his unorthodox religious views.

In addition to his poetry, Emerson wrote several prose works including Representative Men (1850), The Conduct of Life (1860), and Society and Solitude (1870), all anthologies of his lectures, as well as English Traits (1856), a discussion of the English character.

Give All to Love