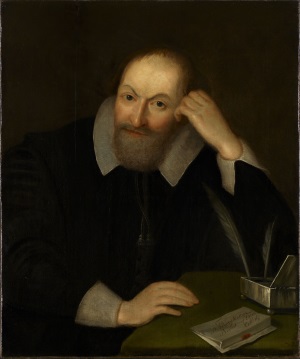 Sir Henry Wotton was born in Kent and educated at Winchester and New College and the Queen's College, Oxford.

After a brief legal career he was employed by the Earl of Essex in a foreign diplomatic capacity, the main purpose of which was to gain intelligence on the activities of England's European neighbours. Wotton became ambassador to Venice and his eternal lines, "An Ambassador is an honest man, sent to lie abroad for the good of his country" no doubt reflects his disillusionment with the duplicity of the role. He returned to England in 1624 and was appointed Provost of Eton.

None of Wotton's poetry was published during his lifetime and it was not until 1651 that his collected works were issued as Reliquiae Wottonianae. Among these, Elizabeth of Bohemia, Upon the Sudden Restraint of the Earl of Somerset, and The Character of a Happy Life are the most memorable. Izaak Walton's biography of Sir Henry Wotton, written in 1670, clearly depicts his powerful intellect, forthright character, and the esteem in which he was held.

Upon the Death of Sir Albert Morton’s Wife

The Character of a Happy Life