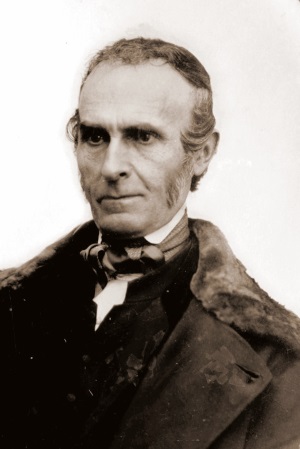 John Greenleaf Whittier was born in East Havershill, Massachusetts, the son of a Quaker farmer.

Through the influence of his friend, the abolitionist, William Lloyd Garrison, he embarked initially on a journalistic career but became increasingly drawn into politics with his election to the State legislature in 1835 and as secretary of the American Anti-Slavery Society. His homespun New England background, his love of the countryside, and his high moral standards are reflected in his poetical works and he was a prolific writer in a career spanning some sixty years.