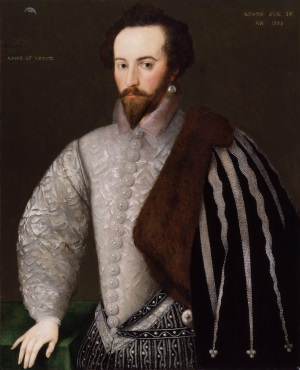 Walter Raleigh was born in Devon, the son of a gentleman. He was educated at Oriel College, Oxford and the Middle Temple.

As a soldier and explorer of the New World, he won the favour of Queen Elizabeth I, receiving a knighthood in 1584, but fell from grace following his love affair and marriage to one of her attendants. After the Queen's death he fared even worse, as jealous nobles conspired against him to bring about his downfall and subsequent execution on charges of treason.

Much of Raleigh's work was written during his long imprisonment in the Tower of London and his most famous poems include All the World's a Stage, Cynthia, the Lady of the Sea, in praise of Queen Elizabeth I, The Lie, and The Pilgrimage. His prose works include accounts of his voyages and expeditions and an unfinished History of the World.

The Nymph's Reply to the Shepherd

The Silent Lover (i)