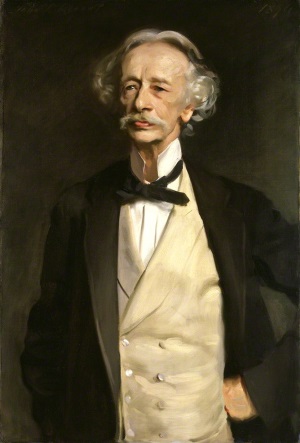 Coventry Patmore was born in Essex and was educated at home by his father.

In 1846 he became an assistant librarian at the British Museum where he worked for nearly 20 years. He was an associate of the Pre-Raphaelites, contributing to their journal, The Gem. Millais used his poem, The Woodman's Daughter, as the subject for one of his paintings.

He married Emily Andrews in 1847 and his devotion to her was the inspiration for The Angel in the House, a series of poems in praise of married love which appeared in four parts. Following the death of his wife in 1862, he remarried in 1864, having converted to Catholicism. He was to marry again in 1881.

His publication in 1877 of The Unknown Eros, a more divine treatment of love, was less popular than his easily comprehensible earlier creation. His later works, Principle in Art (1879), Religio Poetae (1893), and The Rod, The Root, and the Hover (1895) became increasingly abstract and philosophical.