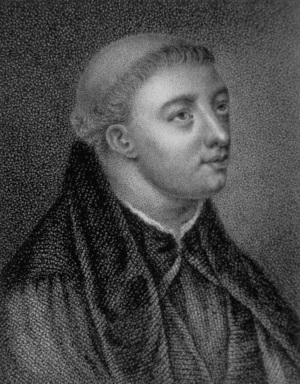 John Lydgate was born in Suffolk and was ordained as a Benedictine monk at Bury St. Edmunds Abbey in 1397. He was prior of Hatfield Broad Oak in Essex from 1421-1432.

Enjoying the patronage of Humphrey, Duke of Gloucester, the scholarly youngest son of Henry VI, Lydgate wrote numerous poem, many of which were derived from translations of French, Latin, and Italian works. The range of his work was extensive and included moral allegories, fables, saints' lives, and occasional poems. His major works include The Troy Book, The Siege of Thebes, The Temple of Glass, Falls of Primes, and The Complaint of the Black Knight. His work was better regarded in the late medieval period than it is today.