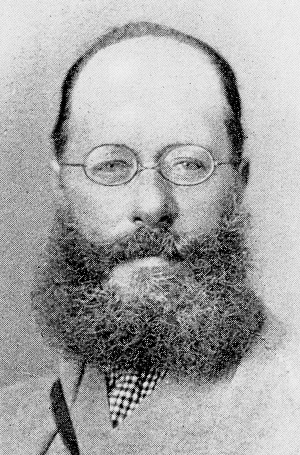 Edward Lear was of Danish descent and was born in London, the son of a stockbroker and the youngest of twenty children. He was educated at home and his first job was as an artist. He was employed by the Earl of Derby to illustrate his private menagerie and, whilst there, wrote nonsense poetry and drawings to amuse his patron's children.

He aroused a vogue for the limerick and also wrote and illustrated travel books based on his own experiences. Lear's epilepsy caused him bouts of depression and in spite of his fondness for children, he never married. He spent much of his later life in Italy where he died. His most famous poem The Owl and the Pussycat is indicative of his quirky, humorous style.

The Owl and the Pussycat