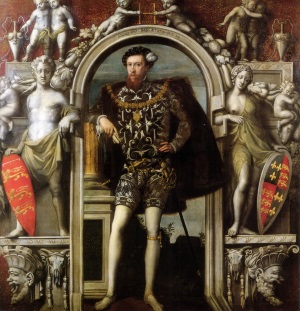 Henry Howard, the son of Thomas Howard, was given the courtesy title of Earl of Surrey when his father became the 3rd Duke of Norfolk. He married the daughter of the Earl of Oxford in 1532. Accused of plotting against King Henry VIII, he was imprisoned at Windsor for several years and, after a brief period of rehabilitation, again in the Tower of London where he was executed for treason in 1547.

His works consist primarily of sonnets and poems and, along with Sir Thomas Wyatt, he was responsible for bringing the sonnet from Italy into English poetry in his translations of Vergil. The majority of his poetry was published posthumously in Tottel's Miscellany in 1557.

Complaint of the Absence of Her Lover being upon the Sea

The Means to attain Happy Life