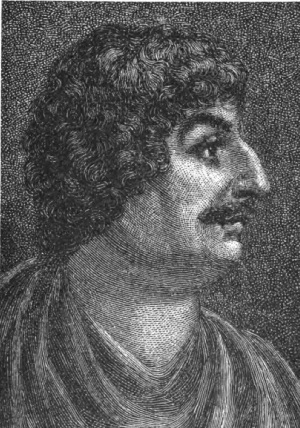 Robert Herrick worked initially for his uncle as an apprentice goldsmith in London before attending Cambridge. In 1623, he was ordained as a priest and acted as chaplain to the Duke of Buckingham on the expedition to La Rochelle. In 1629 he was appointed to the living of Dean Prior in Devon by Charles I, but was ejected in 1647 under the Commonwealth for refusing the Solemn League and Covenant. He was restored to the living in 1662 after the Restoration of the monarchy, having lived in the meantime in Westminster.

Herrick wrote some 2,500 poems, publishing his major collection, Hesperides, in 1648, which contains about half of them. His poetry shows considerable diversity of form, with imitations of the Roman poets Horace and Catallus, epistles, epigrams, love poetry, and folk songs, many of which were later set to music. Herrick was a consummate craftsman and "Gather ye rosebuds while ye may, Old Time is still a-flying" are his best-known lines. He died a bachelor at the age of 83.

To the Virgins, to make much of Time

To the Western Wind

The Funeral Rites of the Rose

A Meditation for his Mistress

The Bracelet: To Julia

To Daisies, not to shut so soon

To Music, to becalm his Fever

To Anthea, who may command him Anything

Comfort to a Youth that had lost his Love

Epitaph upon a Child that died (i)

Epitaph upon a Child that died (ii)

Litany to the Holy Spirit