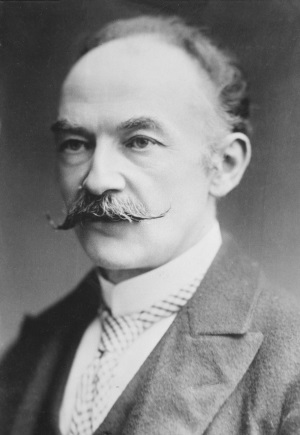 Thomas Hardy was born in Dorset, the son of a stonemason. He was educated at a school in Dorchester and on leaving trained as an architect, working first locally and later in London.

His employer encouraged him to write on a full-time basis and between 1871 and 1895 he produced a succession of West Country-based novels, whose underlying theme in the intensity of human relationships in the context of an unfeeling world.

Although best known as a novelist, Hardy was a prolific poet particularly in his latter years and his works include the Wessex Poems (1898), the epic of the Napoleonic Wars, The Dynasts, and a number of volumes of lyrics.