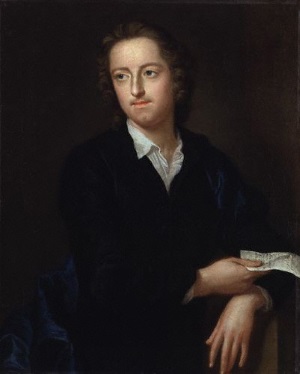 Thomas Gray was educated at Eton, where two of his uncles were teachers, and at Peterhouse, Cambridge. The university was to become his home for the rest of his life, for, after a tour of the continent with his Eton contemporary Hugh Walpole, he returned after a quarrel with Walpole to his former college as a fellow-commoner, graduating as Bachelor of Laws in 1743.

Having repaired his relationship with Walpole, he had several poems published by him but it was the publication of his masterpiece, Elegy Written in a Country Churchyard, in 1750, which led to his instant and everlasting fame. Always a quiet, studious and somewhat reclusive character, Gray transferred to Pembroke College in 1756, complaining that his Peterhouse colleagues were too noisy. The following year he was offered the post of Poet Laureate, but declined. He was a perfectionist by nature whose output was small but immaculately crafted.

Elegy written in a Country Churchyard

The Curse upon Edward

The Progress of Poesy

On a Favourite Cat, Drowned in a Tub of Gold Fishes