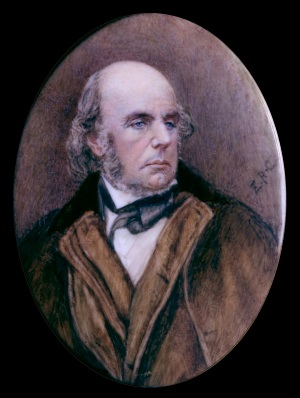 Edward FitzGerald was born in Brefield, Suffolk and was educated at King Edward VI Grammar School in Bury St. Edmunds and at Trinity College, Cambridge.

He was a friend of the Quaker poet Bernard Barton, whose daughter he married in 1856, although the marriage was shortlived. FitzGerald seldom ventured outside Suffolk but was a keen sailor.

A scholarly, introspective man coming from a wealthy background, he was able to devote his life to writing, his chief poetic work being The Rubáiyát of Omar Khayyám (1859). He wrote Polonius, a collection of aphorisms, published translations of the Spanish writer Calderon, and translations of Aeschylus' Agamemnon and Sophocles' Oedipus. He was also an accomplished letter writer.