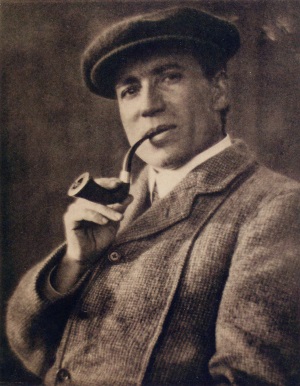 William Henry Davies was born in Newport, Monmouthshire, Wales, the son of a publican. After an apprenticeship as a picture-frame maker and a series of labouring jobs, he travelled to America, first to New York and then to the Klondike.

He returned to England after having lost a foot jumping a train in Canada, where he led a penurious life in London lodging houses and as a pedlar in the country. He married in 1923, Emma, who was much younger than him. His first poems were published when he was 34.

Most of his poetry is on the subject of nature or life on the road and exhibits a natural simple, earthy style. He also wrote two novels and autobiographical works, his best known being Autobiography of a Super-Tramp.