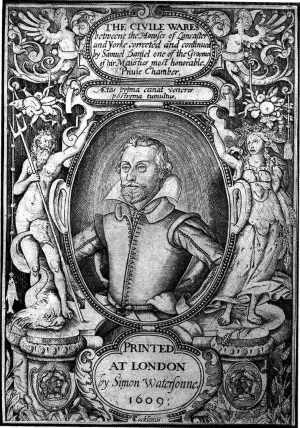 Samuel Daniel was born into a musical family in Somerset and was tutor to William Herbert, Third Earl of Pembroke who later became Shakespeare's patron.

He published Delia, a collection of sonnets in 1592, The Complaynt of Rosamund in the same year, and Cleopatra, a Senecan tragedy in 1594. His Defense of Rhyme (1603) was a reply to Thomas Campion's essay on the Art of English Poesy which contended that the English language was not suitable for rhymed verse. Daniel also wrote an epic poem Civil Wars (completed 1609), Certain Small Poems (1605), and several court masques which won him favour with Queen Anne.

Daniel was much admired by his contemporaries as well as later poets for his clarity of expression, technical skill, and versatility. "I know I shall be read among the rest / So long as men speak English" was his confident self-appraisal.

Love is a Sickness

Ulysses and the Siren