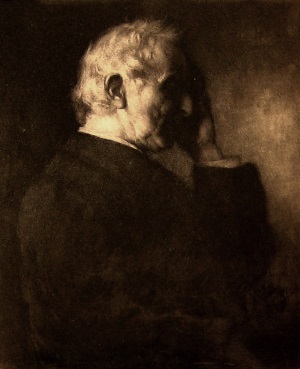 William Johnson Cory, born William Johnson, was an English educator and poet. He was born in Devon and educated at Eton, where he later became a celebrated master. He went on to King’s College, Cambridge, winning a poetry prize in 1843 and the Craven scholarship in 1844. He wrote verse in both English and Latin.

On leaving university he became an assistant master at Eton, where he developed a strong personal relationship with his students. This ultimately led to him being asked to resign in 1872 after a letter he had written to a pupil was intercepted by the boys’ parents and brought to the attention of the headmaster. Johnson retired to Halsdon in Devon and changed his surname to Cory, that of his paternal grandmother. He emigrated to Madeira in 1878, where he got married and had a son. He returned to England in 1882 and died ten years later.

There is no doubt that Johnson was a fine teacher ahead of his time who perhaps allowed his love for his pupils to go beyond conventional limits but there is no evidence that he was guilty of any physical impropriety. He is best known for his English version of the elegy Heraclitus and also published a volume of homoerotic verse, Ionica. He also wrote the Eton Boating Song in 1862 which was set to music by one of his former pupils, Captain Algernon Drummond.