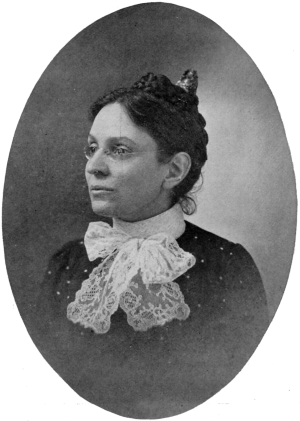 Helen Gray Cone was born in New York City and was educated at the Normal College of the City of New York, a women’s only teacher training college founded in 1870 and renamed Hunter College in 1914 in honour of its founder, Thomas Hunter, an Irish immigrant. In 1876 she was offered a position there as a teacher and was appointed to a professorship in English Literature in 1899, the first woman to hold this post there. She remained there for the rest of her career, retiring in 1926.

Her first book of poetry, Oberon and Puck: Verses Grave and Gay was published in 1885, followed by The Ride To the Lady in 1891 and Soldiers of the Light in 1910. In addition to poetry, she wrote fiction and literary criticism, commentaries on Shakespeare plays and a history of American literature. She was awarded an honorary degree by New York University in 1908. In 1927 a fellowship was created in her honour which still survives. One of her most famous poems is The Common Street.