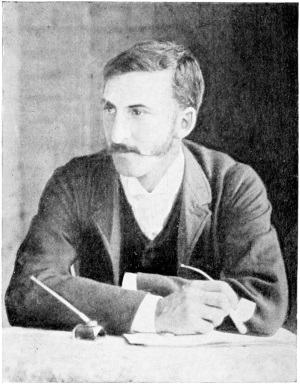 Barcroft Boake was born in Sydney, the son of an Irish immigrant. He was educated mainly at private schools but spent a year at Sydney Grammar School. At the age of 17 he joined a surveying company as a field assistant and after working for a year in the firm’s Sydney office, was happy to move to an outdoor role at a surveying camp in New South Wales.

Unwilling to move back to Sydney, he left the company in 1988 to work as a boundary rider for a cattle station, a job which involved inspecting and mending fences and rounding up stray cattle. He later spent several years alternating between droving and surveying, depending on what work was available. His love of the outback is reflected in the poetry he wrote at the time and is characterised by the tough, earthy, pioneering spirit of the age.

In 1891 he returned home to Sydney where he found his family in a sorry state, his father practically bankrupt and his grandmother an invalid. He was also suffering from depression occasioned by his difficulty in finding work and possibly also to his having lost his sweetheart to a rival. The combined effect seems to have tipped him over the edge and his body was found hanging by his stockwhip from a tree at Long Bay, Middle Harbour.

A volume of his poetry was published five years after his death by A. G. Stephens, the literary critic of the Bulletin, a popular cultural and political magazine.

Where the Dead Men Lie