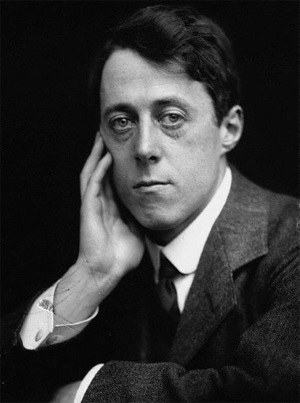 Laurence Binyon was born in Lancaster, the son of a clergyman with Quaker forebears. He was educated at St Paul’s school and Trinity college, where he showed precocious talent by winning the Newdigate Prize for Poetry.

In 1893 he joined the staff of The British Museum in the Department of Printed Books. He later became Keeper in charge of Oriental Prints and Drawings, in which capacity he wrote groundbreaking books on Japanese and Chinese art.

In World War I he served as a volunteer hospital orderly in France, being awarded The Legion of Honour. After the war he returned to the British Museum where he wrote prose works as well as several volumes of verse. His poem For The Fallen is invariably recited at Remembrance Day services. Another of his most famous poems, The Burning of the Leaves, was written in 1941 after the London Blitz. In 1933 he was appointed Norton Professor of Poetry at Harvard University. He died in Reading, aged 73.

The Burning of the Leaves

In Memory of George Calderon