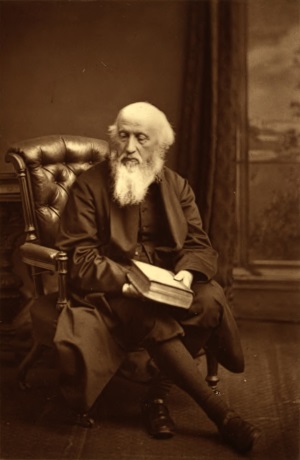 William Barnes was born into a farming family in Dorset and after working as a schoolteacher, was ordained in 1838. He became a mature graduate of St. John's College, Cambridge in 1850. He was appointed rector of Winterbourne Came, near Dorchester, in 1862, remaining there until his death.

Barnes was a remarkable scholar with an abiding interest in philology and in addition to Latin, Greek, and Hebrew, was a keen student of native British languages. He published three collections of Poems in the Dorset Dialect (1844, 1859, and 1862), which he felt was closer to the purer English of Anglo-Saxon origin, but also wrote some fine verse in modern English, mostly with a rural, nostalgic flavour. The Mother's Dream, Musings, The Storm-wind, The Wife a-lost, and Evening, and Maidens are among his best-known poems.