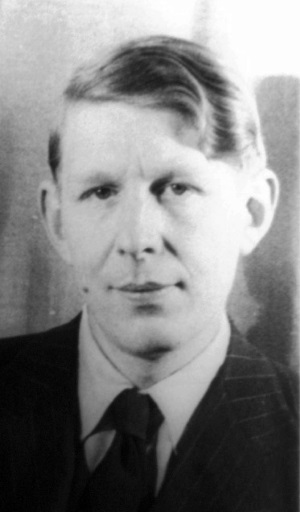 Wigstan Hugh Auden was born in York and moved with his family to Solihull, near Birmingham, the following year on account of his father’s appointment as medical superintendent for the Education Committee of the City of Birmingham. The family was comfortably off and employed two servants and a Swiss governess for their two boys.

He was educated at Gresham’s School in Norfolk, his mother’s home county, and at Christ Church, Oxford, where he initially studied science and engineering before switching to English, having realised that this was where his true love lay. After graduating in 1928 he spent several months in Berlin, where he developed a keen interest in the language and, in particular, the plays of Bertolt Brecht. On his return to England he spent five years teaching in schools in Scotland and England.

He got married in 1935 to Erika Mann, the daughter of the German novelist Thomas Mann, purely to enable her to get a British passport and escape from the Nazi persecution of Jews. He was more interested in male relationships, namely with Chistopher Isherwood, an Anglo-American writer with whom he collaborated on three plays, and from 1939 with Chester Kallman, an American poet, with whom he retained a lifelong friendship after their love affair ended.

In 1937 he travelled to Iceland with Louis MacNiece, a country with which he had a fascination because of his surname featuring prominently in Icelandic sagas, and they co-wrote an account of their travels in Letters from Iceland. In the same year he went to Spain during the Spanish Civil War, afterwards writing an acclaimed poem about it called Spain. In 1938 he and Isherwood, whom he had known since prep school, travelled to China to cover the Sino-Japanese war.

In 1939 he moved to the United States where he taught in several universities. He was based in New York for many years, spending his summers on the Isle of Ischia off the Italian coast. Auden had already established a reputation as a poet whilst at Oxford, but he came to wider public attention with his first book, Poems, published in 1930, followed by The Orators in 1932, and Another Time in 1939. He won the Pulitzer Prize for Poetry in 1948 for The Age of Anxiety. In later years he republished his poems in two volumes, Collected Shorter Poems 1927-1957, and Collected Longer Poems. From 1956 to 1961 he was Professor of Poetry at Oxford.

Because of his failing health he left America in 1972 and moved to Oxford. He died in 1973 at his house in Kirchstetten, Austria, and is buried in the local churchyard. Although best known for his poetry, Auden was a distinguished playwright and author, his prose works including The Dyer’s Hand and numerous essays and reviews on literary, political, and religious subjects.

If I Could Tell You

The Age of Anxiety